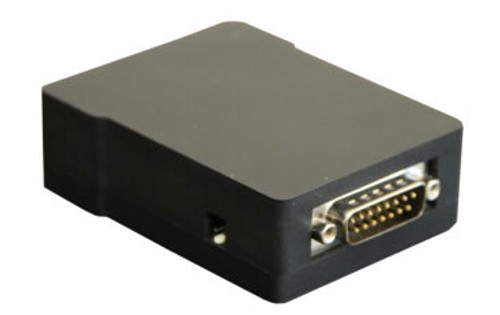 SKU:
S COMMOD
UPC:
S COM MOD
Availability:
This product is not legal for use in the State of California.
Shipping:
Calculated at Checkout

Smarty ComMod Communications Module is Required for 2013 to 2016* Dodge Cummins Trucks to use the Smarty Touch Programmer!

When installed to Smarty Touch’s under-dash controller, it allows the communication with the ECM over two distinct CAN Bus channels at the same time. The usual OBD II plug / bus and a secondary under hood service bus used by Cummins for the communication with external modules such as the VGT turbo, Oxygen sensors, etc.

The ComMod is needed for two reasons:

1) The Smarty Touch uses the under hood service Bus for real time ON THE FLY (OTF) Tuning for all years from 1998.5 to present*.

2) The Smarty Touch uses the under hood service Bus to unlock the 2013+ ECM's.

During the development of the Smarty Touch,  Smarty could not anticipate that it would need a third CAN Bus port to communicate with an ECM! When the 2013+ trucks hit the market it became clear that to unlock and communicate with those ECM's a whole new strategy was needed.

Installation of the ComMod

On The Fly with the Smarty Touch

First things first, upon installation of the Smarty Touch, you need to program the ECM one time.  During this first download, the ECM is unlocked, the Touch becomes VIN locked to that vehicle, and a base software is installed.  After this first download, it is then possible to use the OTF.

The OTF allows you to change in real time several parameters:

It is possible to change any of the above, all, or any combination you choose.  This allows you to find out in a very short time which ones are the settings that suit your driving habits best.  You can choose to select if the OTF has to be sent to the ECM only once or at every key cycle.

Unlocking the ECM with the ComMod

The ECM becomes unlocked during the first "traditional"software download.  The unlocking process is integrated seamlkessly into the software download to the ECM.  It does not take any longer than a download without the unlock procedure (about 4 minutes, 30 seconds).